We are thrilled to not only announce a new show but also by the fact that we are sharing the stage with our buddies from Mindpatrol as well as Altesia from France. (Seriously, check their stuff out, if you haven’t already)

The show will take place on 02/11 at the Rock Box. If you want to blow off some steam on a Wednesday evening, this is your chance! 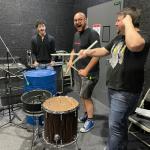 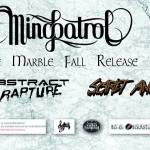 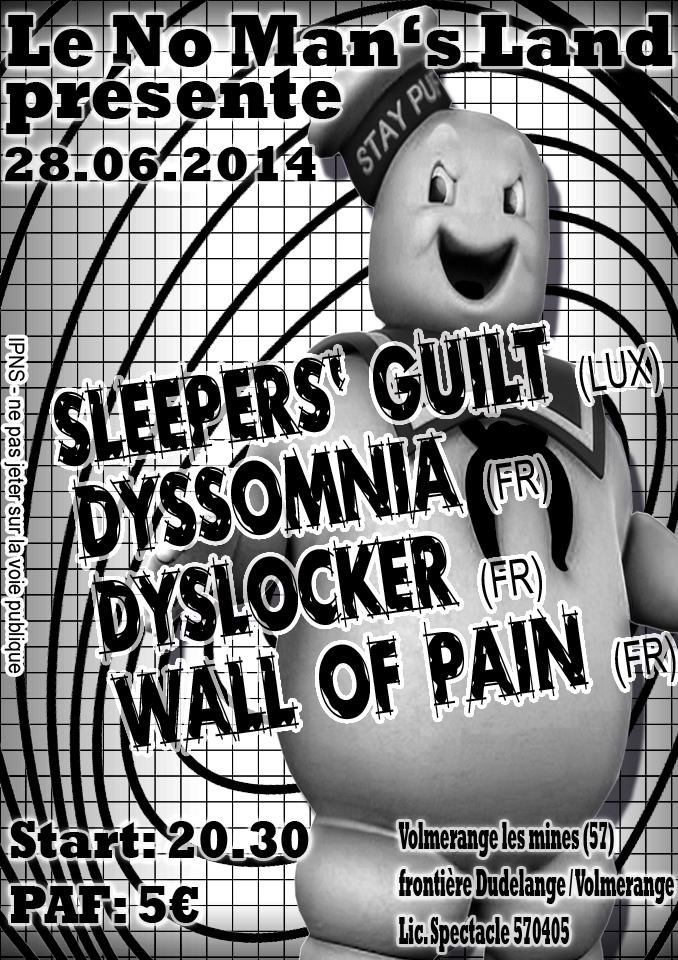 Have you heard the news? We’ll play a nice and cosy show at NO MAN’S LAND in Volmerange-les-mines on 28th June!
Join the party!

Btw: don’t forget to check our LIVE section to find a list of all our shows!

Dear friends,
we had to move our Winter is coming show from Rocas to Soul Kitchen.

You can find the Soul Kitchen at
48, rue de Hollerich
Luxembourg-City
(next to the Atelier)

We are really excited to play at Soul Kitchen for the first time and hope to see many of you there! Don’t miss the chance to see Jade & Lotus on their second gig here in Luxembourg! 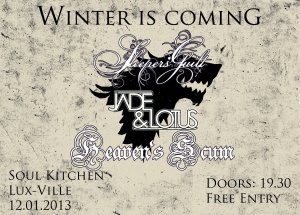 Here’s the flyer of our show at Little Woodstock, Ernzen! Don’t miss this evening with the Sleepies and 2 great bands from France!

A new show has been added to our calendar!

On 9th June we’ll play at Café Little Woodstock in Ernzen. Luxembourg, with Sofy Major(FR) and Membrane(FR) ! The show will be organized by Grape Sound Collective

A new show has been added to our calendar! On September 8th we will play at “Flexibel” in Saarwellingen, Germany with Celesta and 11Steps.

We are more than happy to get the chance to play at this year’s edition of Metallergrillen in Katzenbach, Germany (next to Kaiserslautern)! Hell yeah!

Together with our mates from Scarlet Anger we will give our best to represent the luxembourgish metal scene. Our friends from Vampires on Tomato Juice (you should know them from our EP release) will play at the festival as well.

So here you go, 3 good reasons to drive all the way down to Metallergrillen!